Rewind back to the beginning of September.  There was a large Logging Congress on the other side of the state (just a 1/2 hour from my parents). Because of some possible plans later on that weekend, we were undecided if it would work out.  Last minute we decided to go and let things fall into place.   It turned out things fell into place better than we'd ever imagine.

It was a cool, rainy (drizzly) day.  But the kids had fun looking at the equipment and gathering free merchandise from the various vender's.  We came back with bags full of loot. 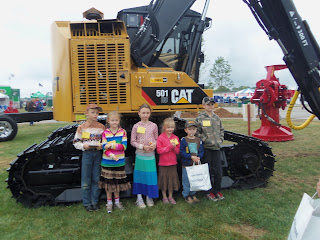 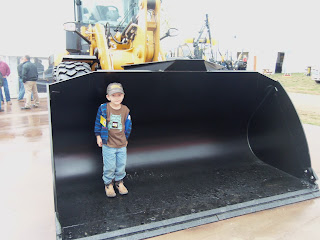 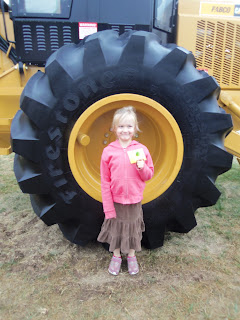 It turned out we were able to roll into my parents late Friday afternoon for the remainder of the weekend, (giving them a 30 minute notice that we were on our way).  Later that night I found myself holding onto my Grandma's hand in the ER and saying my final goodbye alongside my Mom, Aunt and a dear family friend.  The weekend certainly didn't go as we originally were planning, but I was just thankful that things worked out the way that they did.  So we could be there for those moments. 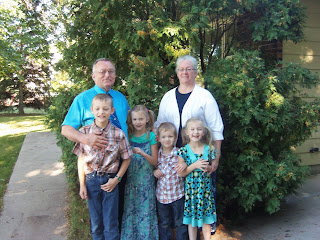 sorry about your grandma but nice that you got to be there with her at the end.

Like Neisha... I'm sorry about your Grandma, too. But so glad you could be there with her!!! Looks like the kids had fun looking at all that big machinery.

So nice you could be there to say goodbye...

My kids have discovered that trade shows have goodies also...Hannah particularly enjoyed one and said "this is just like trick or treating!" :p

Adding my condolences about your grandmother. It’s so hard to lose a grandparent. It’s nice that you got to be there with her though. Love to your family.

We used to want to go to turkey conventions for the free goodies. We could get stocked up on pencils for more than a year. :)