The other week, we got some tickets to a Champion Bullriding Event. The BIG names in bull riding where there. Like Ty Murray, Tuff Hedeman... along with the current champs.

The only clue we gave the kids was we were headin' to Nashville. Earlier that week we had been to the Zoo, so they automatically assumed it was there again. Inside Benji saw the arena set up... I'm not sure which was bigger: his eyes or his smile! My pictures weren't the greatest, so I didn't take alot.
He rarely took his eyes off the action.. 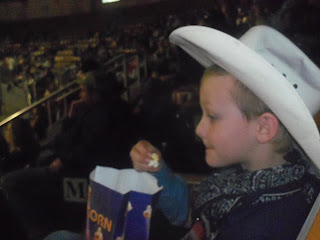 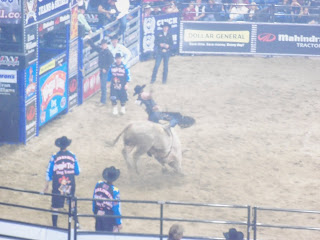 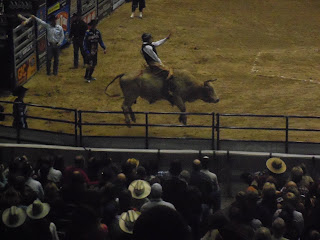 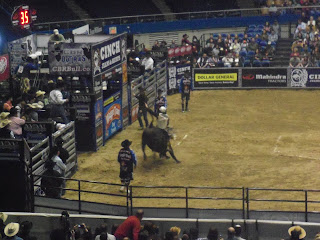 That looks so exciting! I know you all had fun.

Were very jealous here! Nothing like a good rodeo!

You got to see Ty Murray ride? How awesome...it's been forever since we've been to any kind of a rodeo!