We were over 2000 miles from home on our trip, but were pleasantly surprised to learn that a friend (Sheila & Arnold) and her family lived nearby the area we were visiting.  John was equally pleased as they had 3 little kids close in age!  They lived nearby Peggy's Cove, so spent some time there one afternoon together.  It really was a neat place to visit. 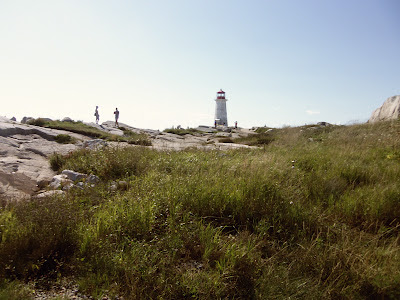 This picture doesn't do justice, but this was a steep, rocky drop off.  They had signs everywhere warning not to go below, but of course there were quite a few people on them.  We were told quite a few people get swept off the rocks, most never make it back.  The day we were there the ocean was very calm, but most days the waves crash up against the rocks, spraying up on the top. 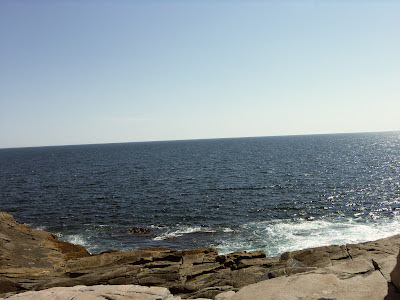 I'm bummed that this is the only picture I got of their family.  No Mom/Dad.. just their kids with our kid. 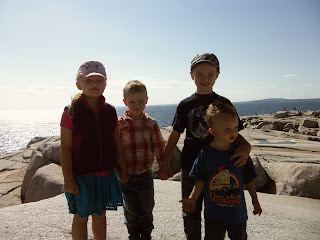 The kids had a blast climbing on the rocks.  Kinda like mountain goats.
Naturally they went the hardest route to get from point A to point B. 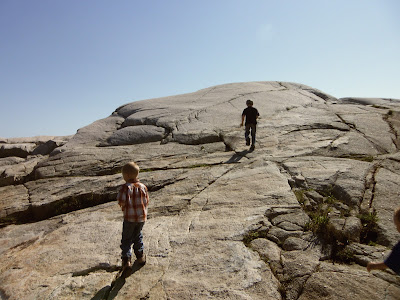 Man, I love this man! 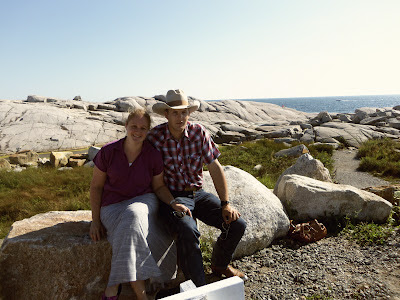 Beautiful! It looks amazing. My husband and his brother drove their bikes to Nova Scotia when they were younger, but I've never been.