We finally made it..blurry Tennessee 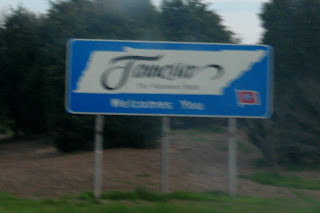 This is what happens when Daddy gets the camera... 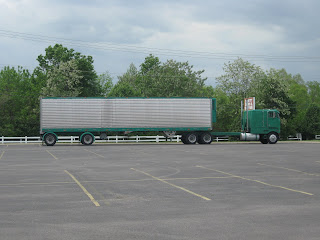 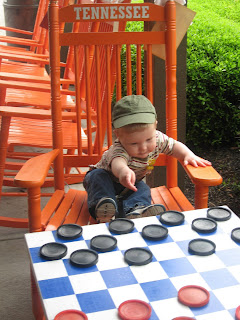 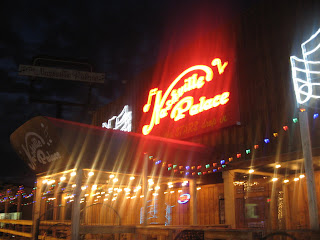 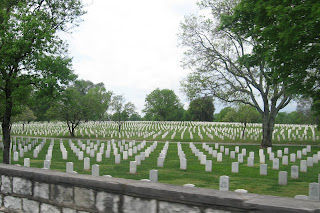 Rudi's Country Music Cafe.
We spent alot of time here. Great food, friendly people. (Benjamin met the owners on a previous trip to Nashville. Lots of 'stars' stop in to 'pick guitar', so he/we met alot of singers/writers. He's played/sang with quite a few of them.) 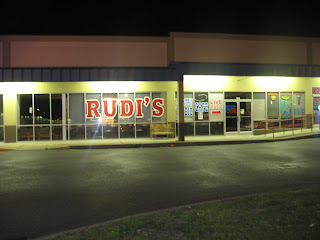 If you don't like traditional, old country you'll be bored..but my husband (and me) happen to like it.. Ernest Tubb's tour bus is actually inside this record shop. 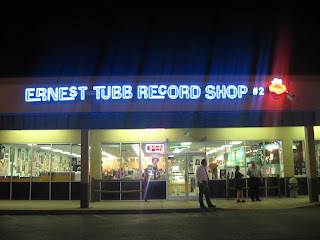 Home of the Midnight Jamboree- for all you Ernest Tubb fans! 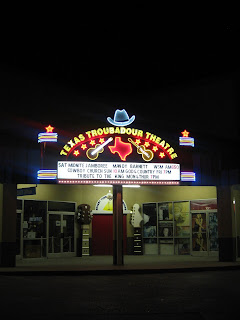 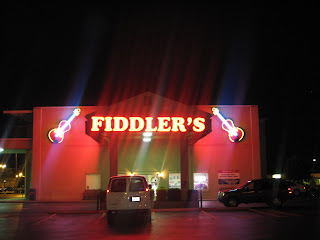 We were given tickets to the Grand Ole Opry. Not just any tickets, backstage passes, sit right on the stage tickets, go in the dressing room tickets, be right there with the singers tickets.... Well, very, very last minute (like just before we were going to get dropped off) we found out John couldn't go. No ticket. No entry. Meaning one of us had to stay back, unless we wanted to leave him with someone in Nashville. Which we didn't. So....me being the loving wife, I stayed behind with John, while my county-music-loving-playing husband went to the Opry! If you're not into country music you won't 'appreciate' these next pictures. And by country music, I mean the traditional, 'old' country music, not this 'new country' stuff. I can't find the list of everyone on the opry that night...but here are a few pictures my husband had taken.
Benjamin with Jimmy C. Newman (right in his dressing room) 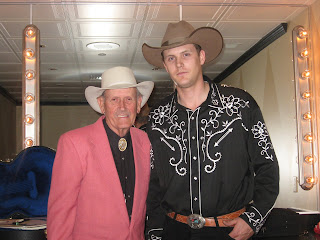 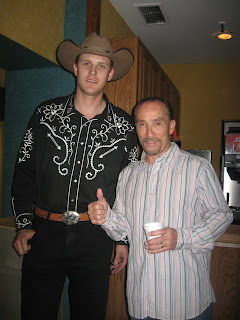 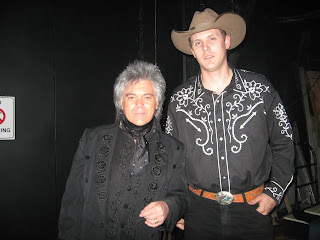 The famous General Lee, actually used in the movie. 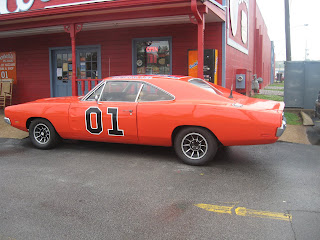 "Cooters" is owned by...Cooter (surprise). Inside they have a 'Dukes of Hazzard' museum, featuring: Daisy's jeep, the patrol car and much more.


I couldn't resist: The Lil General 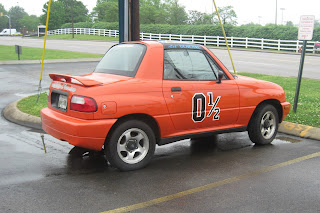 Despite missing the kids back home, we had a great time. And the week flew by. We met alot of singers/songwriters. Met a neat couple from 'Down Under' along with many more 'locals'. We learned how to understand the southern 'slang', (which I happen to love how ya'll talk). No surprise to us, John was a huge hit walking around with his cowboy hat. And, of course, I have TONS and TONS of pictures of John on our trip. I'll post them later.

We're going with next time!

OH AWESOME!!!!!! Now that's a trip I'd LOVE LOVE LOVE to be on! Thanks for sharing more pictures...and making me antsy to hit road! :)

no way... the REAL general lee AND cooter's? we're envious!!!