Bright and early... ready to hit the road 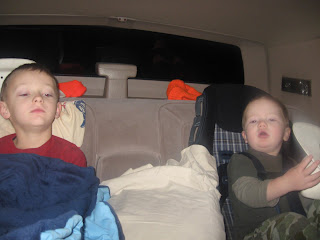 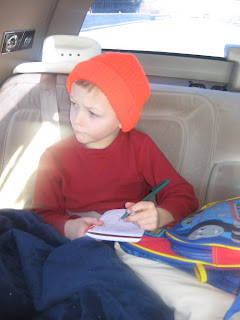 Letting loose at the rest area. 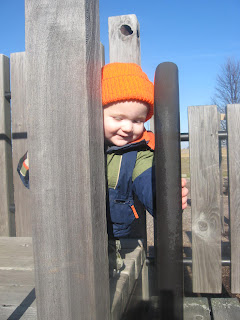 The boys were thrilled with this 'stand-up' teeter-totter. 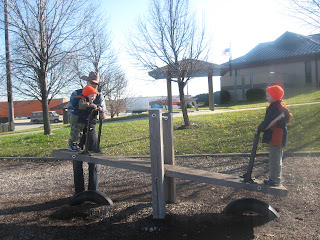 Monkey see, Monkey do. Nothing is too high or too hard for John to climb. 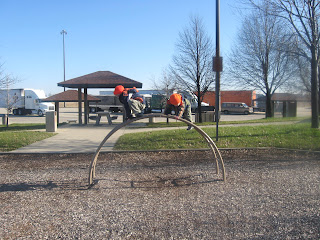 Unlike other trips.. this time we felt like we never left home. It was cold, windy and dreary most days. We had some sun, got some snow, but the temps got as low as 20's. We saw alot of 30's, an occasional 40. BRR. We wore hats, gloves, boots and wished we would have brought our snow pants along. 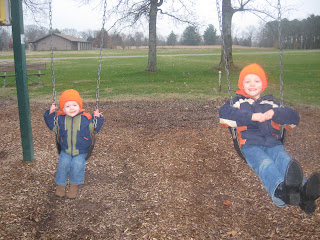 It snowed while we were in TN. Just enough to make things white, until the sun came out. 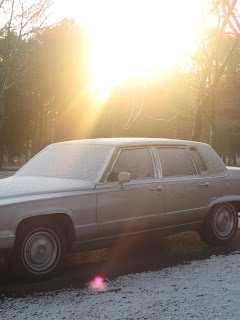 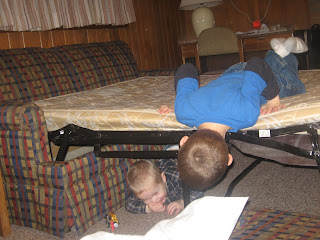 "What in the world am I suppose to do with this big pink treat?" (don't worry.. he figured it out!) 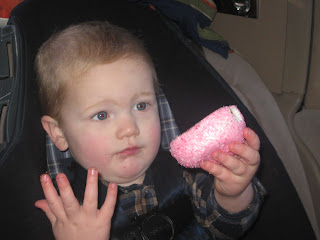 I found this picture of Katie. I think it was during hunting season. But it's a pretty good picture of how I feel. Exhausted. The boys did great traveling; considering how looong the trip is. But after so many days away from home, everyone is ready to get back to normal. 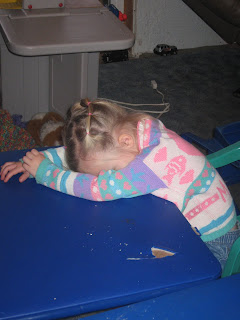 And to those who have asked, or those wondering about all these trips to TN we take with Daddy... he's completing an album.
Posted by Heather S at 1:25 PM

Looks like your boys have quite the personalities. :) It's a bummer that he couldn't put together an album at a studio closer to home, but I know sometimes things like that don't work out. But it wouldn't make for quite such long trips!! I hear, though, that TN is absolutely beautiful, so I'm sure that it's not too hard to go visit. :) Thanks for sharing your little trip with us. It IS nice to get home, too, isn't it?!? :)

I totally understand why you would be exhausted! Fun to be with daddy, but all at the same time...fun to be back home in your own bed.

I am sure you enjoyed your time in the great state of TN. Thanks for sharing your pictures.

bummer about the cold weather. looks like the boys had fun though